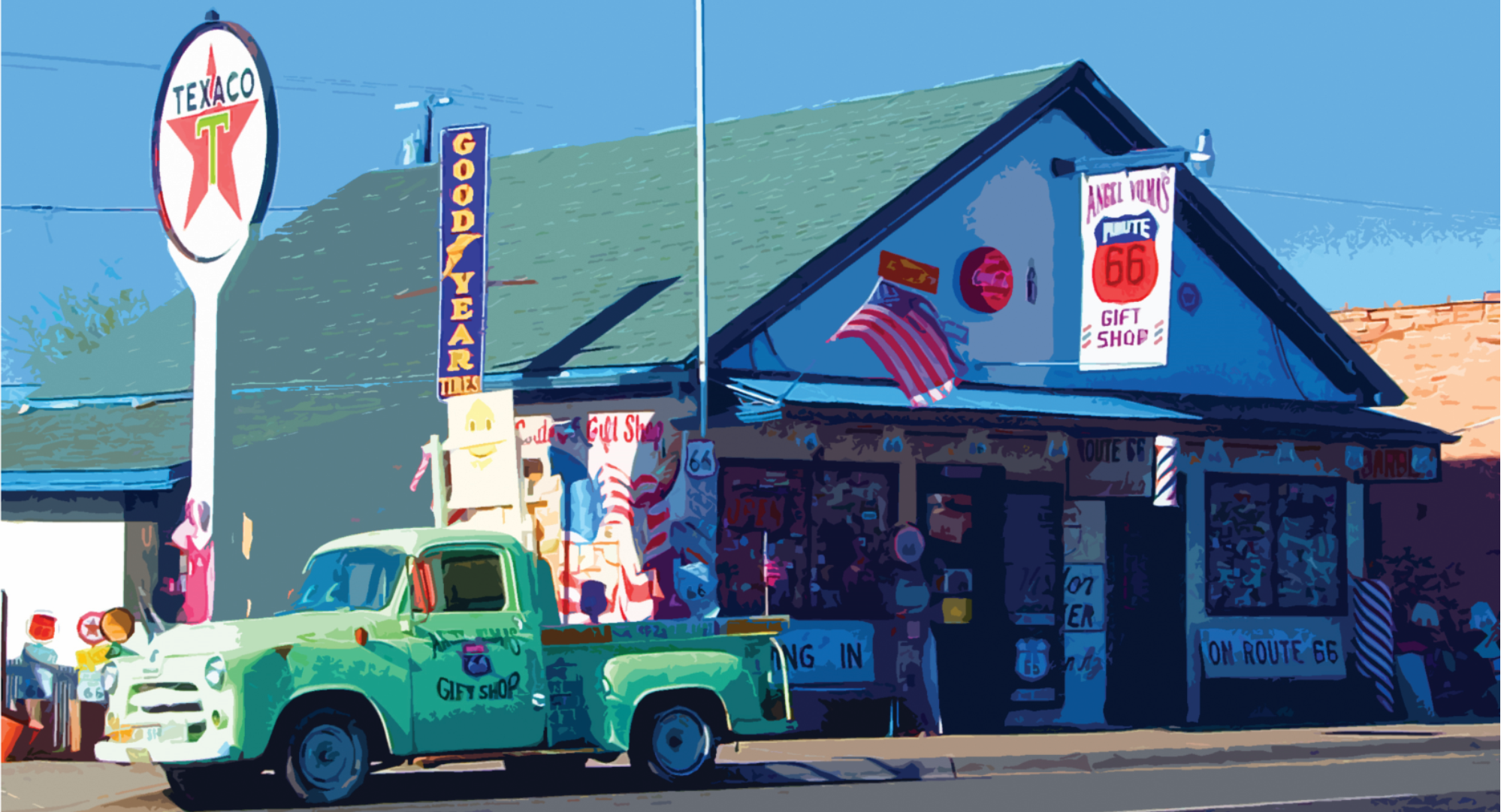 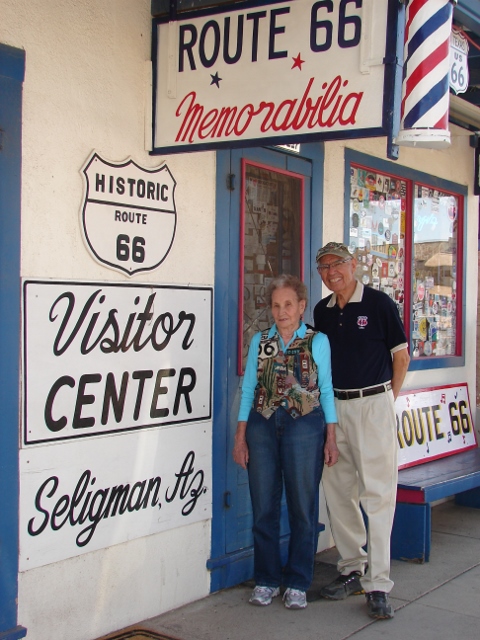 Angel’s barber shop and pool hall is now a visitor’s center, museum, and Route 66 gift shop. At age 95, Angel is still happy and healthy and eager to share his story and encourage others that with passion and determination they can make a difference in this world, just as he did. His daughters Mirna and Clarissa, and Clarissa’s husband, Mauricio, all help to manage the shop and carry on Angel’s tradition of welcoming travelers with small-town American hospitality. 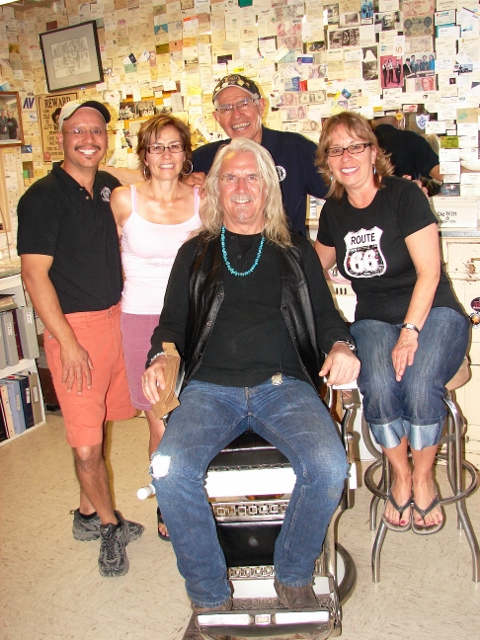